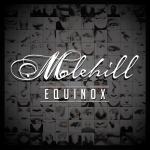 Here is what he had to say:

“Fans of Muse, take note. Molehill offers some of the biggest pop rock on this side of the Atlantic. Hard to believe this band played the Red Palace stage as it seems designed for echoes in cavernous arenas (not entirely true as I have seen some big sounding pop bands at the Red Palace such as Crocodiles for example). But there are plenty of good indie pop moves  in these songs as well. This is appealing stuff and the ironic thing is how much this stands out from indie rock whereas when I was young, indie rock bands of today would be shocking next to the prog rock and dense pop music that held on to the airwaves. There were times when I cried out for some variety in addition to a couple of instrumental interludes, one appropriately titled “Interlude”. But the for the most part this was a sumptuous meal with enough taste to keep me digging in.

Songs to try out:

Someone Better – I like this closer as it has some subtlety in the verses and a nice big chorus.”