“Do not be fooled by the name. Molehill is more like a mountain. Combining elements of progressive rock with pop sensibilities and emotionally charged lyrics, this band delivers a symphonic listening experience.” – Jesse Menendez, Vocalo, 89.5FM Chicago

Chicago’s Molehill doesn’t have the classic, charming origin story of longtime friends chasing down the spirit of rock in a suburban garage. Rather, the hand of fate drew the members into the path of lead singer and primary songwriter Peter Manhart from backgrounds one wouldn’t normally associate with soaring, anthemic pop rock; Trevor Jones, a classical upright bass player with a penchant for distortion, Devin Staples, a drummer in the venerable Chicago gospel circuit, and Greg Van Zuiden – a classical pianist who had only performed solo in 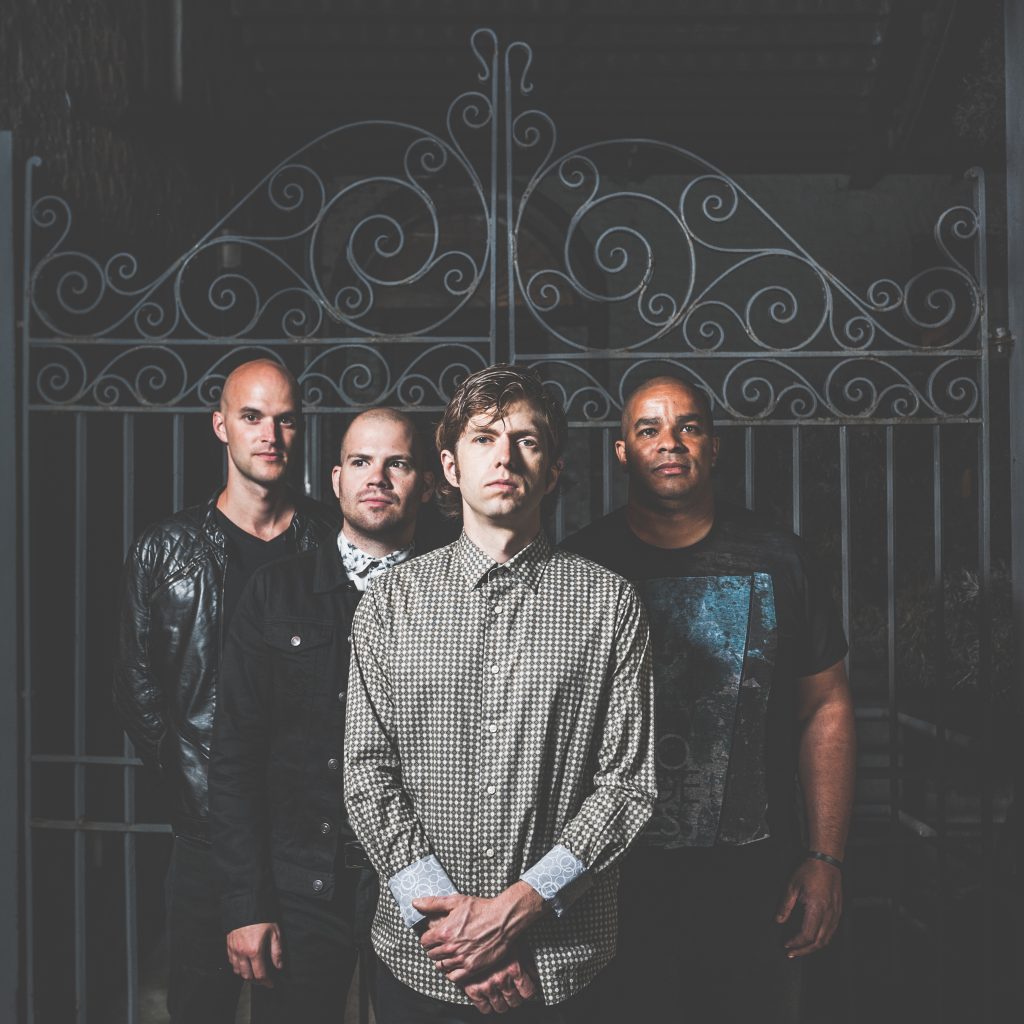 the past. In fact, Manhart himself developed his love for performance in a touring Ukrainian dance troupe in his youth.

Yet it’s these varied backgrounds that shaped a group of men that create, as their 2012 debut LP Equinox was described, music with “…a certain emotive flair, a sense of epicness that that makes it feel like the ideal music to score a major peak in an action film.” (Soundfuse Magazine).

After the release of Equinox the band kept writing new music and playing shows – adding over 100 performances to their tour hi
story in the first year alone. When it came time to work on their follow up release they turned to producer J. Hall and his Nashville, TN studio. Hall shares a studio with Dolly Parton’s producer, and the band found that “what better inspiration than seeing all of Dolly’s gold and platinum records hanging on the wall while making ours.”

Tin God, like Equinox before it, is an album composed of epic, passionate, dynamic rock songs. However, more than a continuation of the bands previous sound, Tin God is an evolution from it. Tin God has more funk, more soul, and more vulnerability than its predecessor. With Equinox, they were getting comfortable in their skin. With Tin God, they’re moving beyond their comfort zone, stretching and shaping their sound to see how far it can go.

Each of the songs on Tin God tells a story colored by Manhart’s own experiences in love, death, greed, and corporate America (his day job was trading crude oil futures at the Chicago Board of Trade.) From the So-Cal subterranean funk of opener “The Repeating,” to the ambient synth and rhythm driven propulsion of the title track, this record finds the band moving into new sonic territory. Exercises in simple production run throughout Tin God as well. “We wanted to take listeners on a journey throughout the course of a song” says Van Zuiden. “Two Souls” features a simple piano line complemented by strings and subtle (but eventually powerful) rhythm tracks. Manhart tells a story of two lovers who are being separated, but who will eventually be reunited in this life or the next. The theme of lost love also runs throughout the closing song “Ghost Town.” In the aftermath of a failed relationship, one ex-lover cries to another, “lay your weapons down, no need to fight in this ghost town.”

Tin God touches the darker side of the universal; struggle, greed, corruption, love, heartbreak. Jones adds, “as we began to record these songs, it became clear that the themes and subject matter are close to every member of the band on a personal level, and each of us has a deep connection to this group of songs.” It stands as a musical reminder that no matter what challenges one might be facing, someone has been there before and they aren’t alone; these are all parts of the human experience, and through perseverance you can rise above and climb whatever mountain stands before you.

Tour
View our past tour dates