June 3, 2013 by molehill in Uncategorized 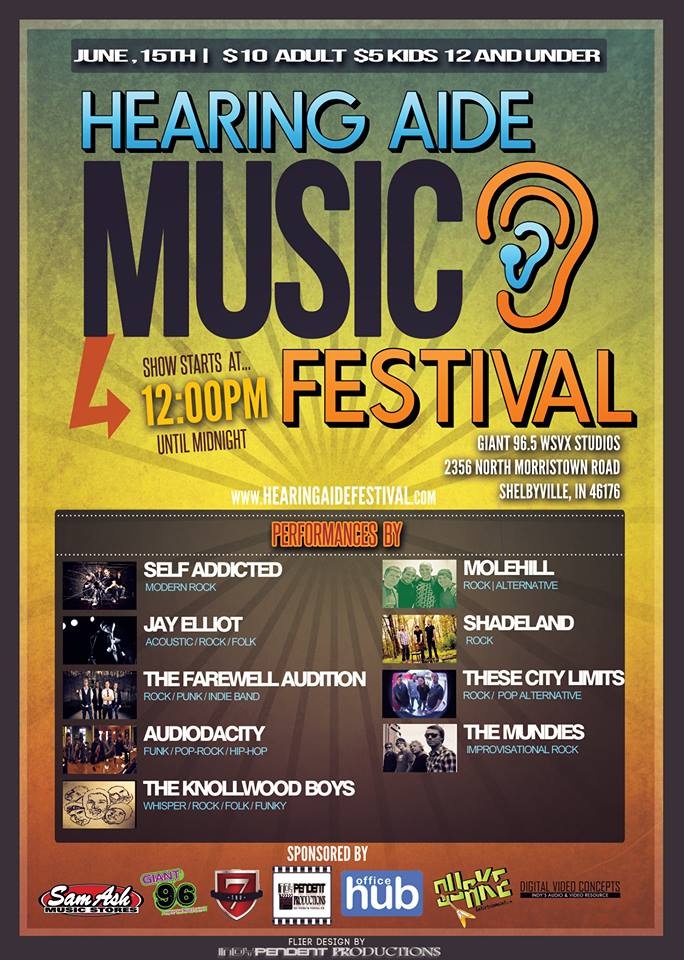 On Saturday, June 15th, Molehill will be performing at the Hearing Aide Festival in Shelbyville, IN.  All proceeds from this Festival will go to Peyton Manning’s Children’s Hospital Audiology Department.

This is a cause that is near and dear to our hearts.  My Grandmother was diagnosed with tinnitus when she was in her 40’s.  Before the diagnosis, she maintained a piano studio outside of Philly and frequently attended concerts while raising my Dad and Aunt.  As long as I can remember she always had trouble hearing, and by her later years she had almost no hearing whatsoever.  It was a struggle for family and friends to communicate with her and it was an unimaginable struggle for my grandma who had once enjoyed music as a central part of her existence.

After touring for a few years in Molehill and receiving about a million comments that we were “a loud band”, I thought it would be a good idea to start offering the audience ear protection so they could enjoy the gigs a bit more.

We were honored to be asked by Ashley Snell to play at this Festival after we played a show with Indy’s Shadeland in March 2013.  We couldn’t think of a better cause to be raising money for.  No child or adult should ever have to miss out on all the sounds that we take for granted.  I hope you will help us spread the word about this Festival.

As always thanks for your support,