July 3, 2013 by molehill in Uncategorized

…And silence settles over the land.  The Silver Bullet rumbles to a stop outside my house, and I pick up the last few pieces of trash and luggage that were left behind and take them into my house.  I feel a bit tired, but also energized with a sense of accomplishment.  8 gigs in the books out of a 13-gig Summer Tour, and overall it’s been a great trip!

We were unable to play any shows in April and May because Trevor was rocking the bass at the Lincolnshire Marriott’s production of South Pacific.  Not to mention, Devin got married in May as well!  Congratulations to Devin and Jacinta!  It was quite the busy couple months, but we were definitely ready to get back on stage once June rolled around. 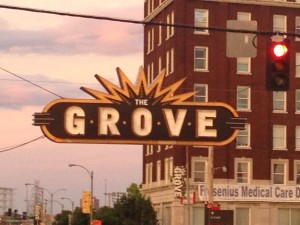 First show – a brand new venue called The Demo in St. Louis.  This was in a cool part of St. Louis called the Grove.  From what I understand, there were a lot of gay bars on this strip, and I think there were also a lot of biker bars.  Seems like an odd mix, but what do I know.  Maybe they were gay bikers.  Anyway, we definitely dug the area, and can’t wait to go back!

I especially enjoyed the funky fire hydrants they had: 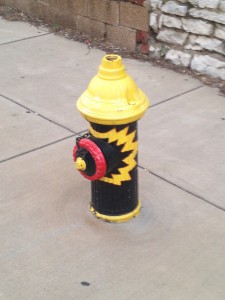 and the sweet bike rack: 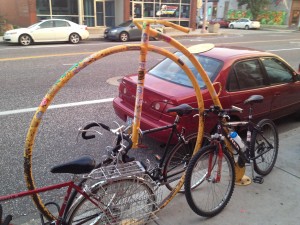 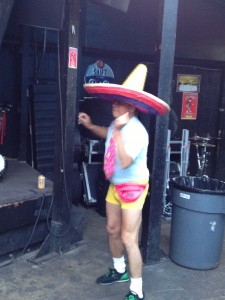 <—and then this happened.  Dancin Ricardo, my new best friend in KC!  You should’ve seen this guy’s moves.  Seriously.  It was borderline scandalous at times.  Video HERE

We played at the Riot Room, which was very cool.  The Westport area of Kansas City is nuts.  We tried to grab food at one place and there was a line out the door and a break dancing battle going on inside.  The place we finally did end up eating at was also packed, and there were a trumpet and trombone player playing directly outside all night.  It was awesome.

What’s up with the weather in Omaha?!  I swear to God, it’s rained every time we’ve played there.  The show was great, though.  We played at the Barley St. Tavern as part of the Omaha Entertainment Awards.  It was awesome!  We met some great people and made a bunch of new fans.  We’ve been getting some great responses in Omaha.  What can I say, Omaha is always rainy and awesome. 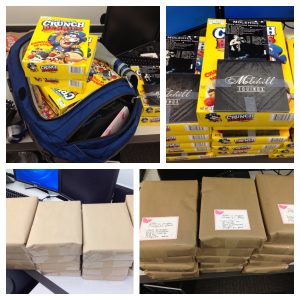 After we got home, we started our “Makin it happen with the Cap’n” press campaign!  I attached postcards featuring our tour dates and copies of Equinox to boxes of Crunch Berries cereal, and shipped them to music critics and DJs all around Chicago.  I was banking on the idea that no one can resist opening a package of that size, so all these people would HAVE to see the name “Molehill” along with our tour dates.  It’s all about spreading awareness, folks!

We played the Hearing Aide Festival in Shelbyville on a beautiful June Saturday.  The forecast called for rain, and things were looking a bit dark, so we were nervous about the gig.  This was an outdoor festival, so we parked the Silver Bullet directly behind the stage for a quick pack up job in case it started raining.  Thankfully, the clouds parted and it ended up being a great day!  Outdoor shows are always tricky, but apparently this was the start of a lucky streak for us.

The next day, we played at the 6 Corners BBQ Fest in Chicago.  First ever Chicago street festival, woop!  It was a fun new experience, I started getting more used to not being able to see the LEDs on my guitar pedals, so I couldn’t tell which ones were on or off.  Good times.  The show went well though, and afterwards I challenged Amanda, who played violin on that gig, to a BBQ eating contest.  I’m not sure which one of us was the winner… in hindsight, it was a pretty terrible idea.

Mickey Finn’s is always cool.  Always feels good to rock some faces back in my hometown.  The sound guy, Brad, kept talking in his “tranny voice” during sound check… it was pretty amazing.  We’ve been imitating it ever since on the road.

2nd Chicago street festival!  This was awesome, what a great location!  There were great bands playing all weekend, tons of people, great food, what more could you ask for?  We played great and made a bunch of new fans, and plenty of our old fans and friends came to see us as well!  The Blackhawks were playing game 5 of the Stanley Cup Final that night so, unfortunately, I didn’t have a chance to grab any of the delicious-looking festival food after our show.  I had to run to the nearest bar to catch the game. 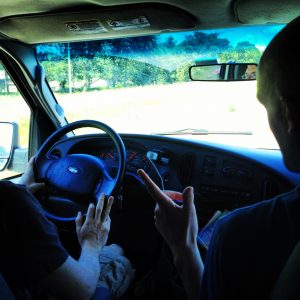 This was our second time in Mansfield, and it was very interesting – we had 2 bands cancel the day of the show!  One band’s drummer’s wife gave him the ultimatum – “me or the band!” – ouch!  We’ve definitely been there before!

Anyway, Planet Rock in Mansfield was cool as always.  We love the owner and all the patrons.  Highlight of my night was jumping off one of the 4-seater tables in the middle of I’m Okay.

And that’s that!  5 more shows to come, and then yours truly gets married as well!  It’s marriage season, folks!

So we are back in Chicago for the 4th of July, but in one week we will be loading up the Silver Bullet once aga 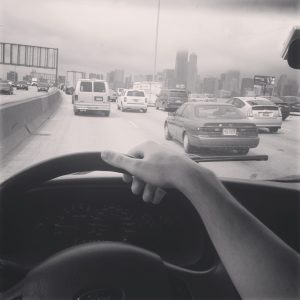 in to head out to the East Coast.  So until then, thanks for tuning in, and we’ll see you at the next show!