August 2, 2013 by molehill in Uncategorized 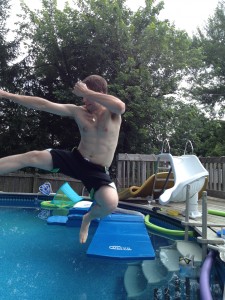 <—On the 4th of July, I executed a perfect jump kick into this pool. 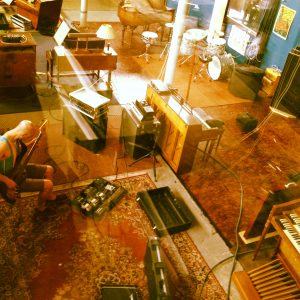 Then we went to the recording studio—> 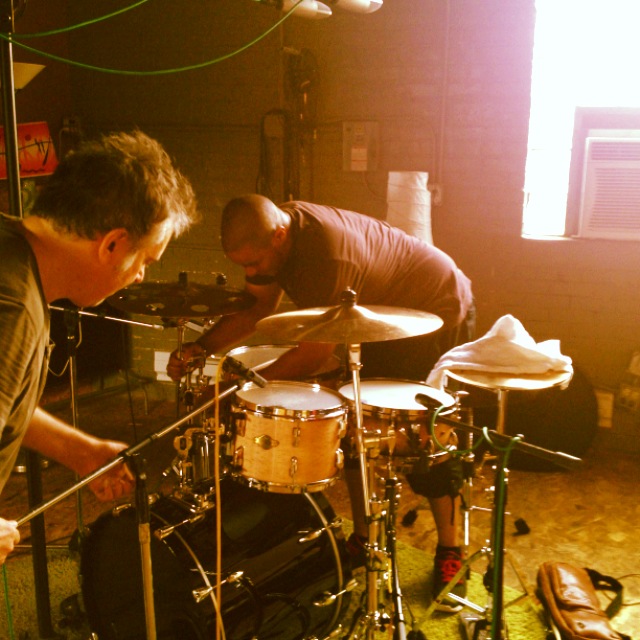 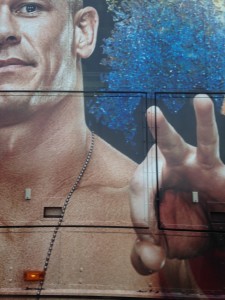 <— we passed this badass WWE truck on the way to Baltimore.

Then we rocked out.

We had a very fun and informative time in DC… 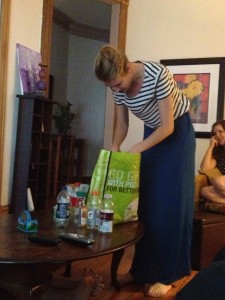 Sarah Waybright from www.whyfoodworks.com gave us a demonstration about the amount of sugar in the drink options you come across in day to day life.

wait while she finds her things in this bag. 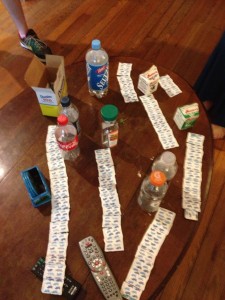 And here’s the aftermath – holy crap look how much sugar is in a delicious coca cola!! —>

then we rocked out. 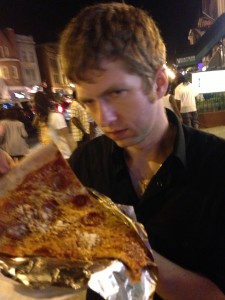 <—On the way back home, GVZ lovingly fed this horse an entire cheesecake. 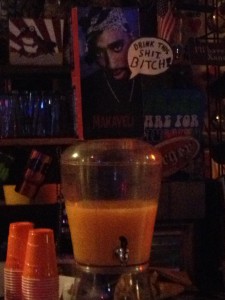 Then we played Muncie. I never ended up tasting this stuff, but I have to admit, Tupac did tempt me —> 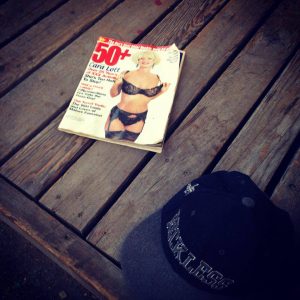 …speaking of temptation, this was waiting for us on stage when we arrived. 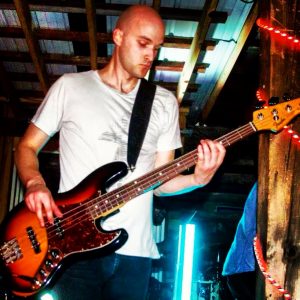 And then we rocked out. 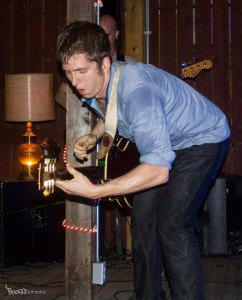 And it was hot as shit

Then we drove to Columbus, but we were stopped by a 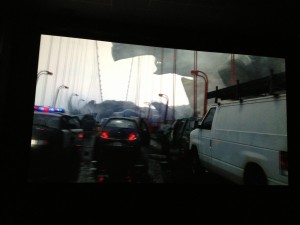 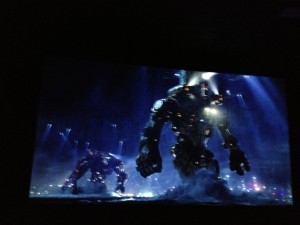 but these guys came and saved us.

then we rocked out 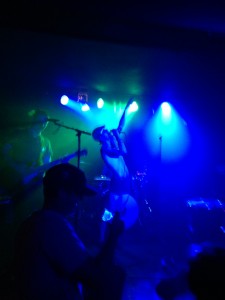 We played in Columbus with Zoo Trip. And I’m serious, Zoo Trip blew our minds. This singer is younger than me, but he’s my new idol. Is that weird to say? Because it’s true. I love you, Zoo Trip. I love you like a huge slice of pizza. 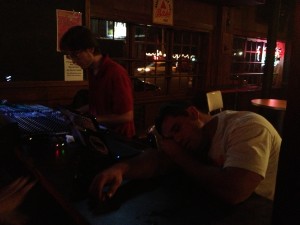 But this guy was unimpressed. No accounting for taste, I guess.

And then, on the drive back to Chicago from Columbus, all the gauges on the Silver Bullet went to zero, and the electronics stopped working.

GVZ said we should stop at this upcoming rest area, but I said no, let’s push it the 3 more miles to the town of Richmond, IN!

We got off the exit ramp in Richmond, and the accelerator stopped working.

Not good. Please let traffic part for us to get to this truck stop. 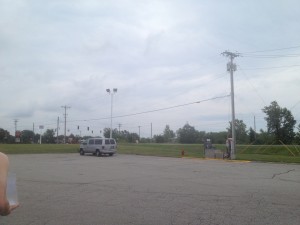 <— And the Silver Bullet died just as we were coasting to a stop in the truck stop parking lot.

Holy shitballs, that was a close one. I can’t say how happy I am at this point that we are in a truck stop, rather than our van being dead on the side of the highway. 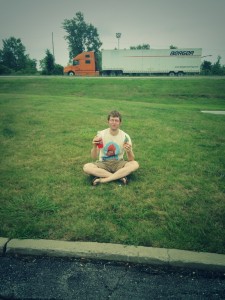 In my sweet new Vinny Vegas tshirt I bought in DC last week (shout out to Vinny Vegas!), I bought some almonds and Code Red and waited for a while in the grass —> 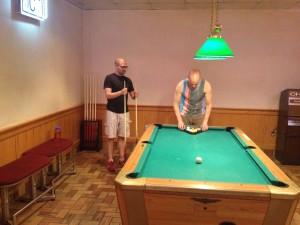 <— we played a little pool (shout out to Trevor’s biceps!) 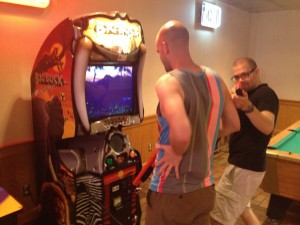 And these two jabronis played a broken Buck Hunter game —>

And fiiiinaaaallllyyyyy….. after waiting for almost 2 hours, someone came and took our van down the street to the mechanic, where they gave us a new alternator 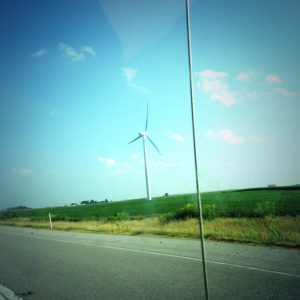 2 hours (and some of the worst buffalo wings I’ve ever had at a nearby Chili’s) later, we’re back on the road!


That breakdown could have gone so much worse. Must have been some good karma coming back to us. 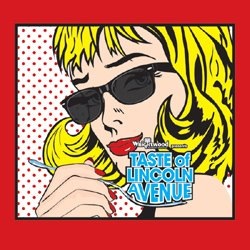 And that brings us to the final show of the 2013 Summer Tour – Taste of Lincoln Avenue in Chicago! 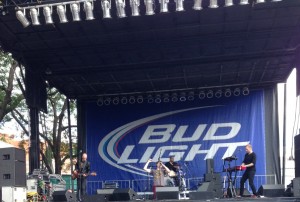 Thank you so much to everybody who came out to support us all Summer long! We had a great time playing for and meeting you all, we love you, and we can’t wait to see you on the next tour! 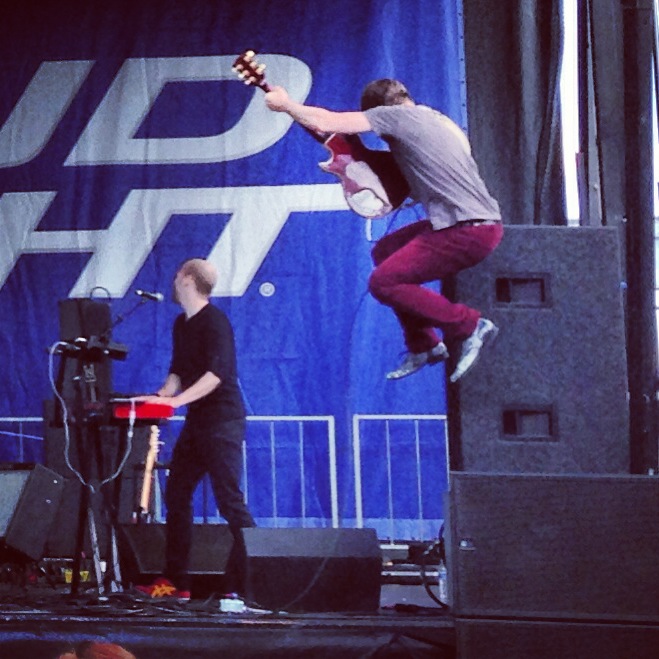